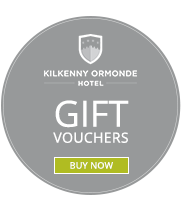 The Waterford Viking Triangle is a cultural and heritage area in Waterford City Centre which gets its name from the 1,000 year old viking walls which once surrounded it. The 1-square mile site founded by the Vikings is full of attractions and history for tourists to visit in the city of Waterford.

The best-known building in the Viking Triangle is Reginald’s Tower, the oldest urban civic building in Ireland on the Quays/The Mall in Waterford city centre. The Mall also hosts the Waterford Crystal factory and showroom where guided tours are available.

The Waterford Museum of Treasures is a collection of 3 museums in the Waterford Viking Triangle. The Viking Museum is housed in Reginald’s Tower while the Medieval Museum and Bishop’s Palace Museum are close to the Cathedral Square. The Medieval Museum includes two medieval chambers, the 13th-century Choristers’ Hall and the 15th-century Mayor’s Wine Vault. The only piece of clothing from Henry VIII, a cloth cap, is housed in the museum. The Bishop's Palace Museum is a 250-year-old Georgian structure and contains artifacts dating from the 17th century Waterford to the present.

The Waterford Viking Triangle contains the French Church, also known as Greyfriars Abbey which dates back to the 13th century. Near Reginald’s Tower is a 39 foot viking longship exhibited on Parade Quay. Cathedral Square is the site of Christchurch Cathedral near the Theatre Royal in Waterford City. The first tricolour was raised at 33 The Mall in 1848.

If you are looking for a hotel or accommodation close to Waterford City then Kilkenny Ormonde Hotel is just a short drive away. Our 118 room contemporary hotel is perfect for anyone looking to stay in a spacious and comfortable dwelling whether it’s for 1 night or 4. With a leisure centre containing a pool, gym, sauna and steam room as well as KO Spa, it is the perfect place to relax after a day of sight-seeing around Ireland’s South East. Book now direct to secure your reservation.